The efficacy and safety of a ketogenic diet for children with refractory epilepsy in China: a retrospective single-center cohort study

Epilepsy is one of the most common chronic neurological disorders in children, and is estimated to affect more than 2 million people in China (1). Although the recent effective treatment of anticonvulsants include drug therapy or surgical treatment, 20–30% of childhood epilepsies are not fully controlled and become medically refractory (2). Furthermore, the continued use of antiepileptic drugs for refractory epilepsy was found to not significantly reduce seizures (3), but rather increase adverse reactions including cognitive impairment, kidney injury, allergy, etc. (4). Left uncontrolled, these seizures pose a significant risk to the patient’s quality of life.

The KD has a high-fat, adequate-protein, and low-carbohydrate composition that causes metabolic changes which mimic a state of fasting. Often initiated with a brief fasting period and an in-hospital stay, changes in plasma ketones, insulin, glucose, glucagon, and free fatty acids occur within hours of starting the diet (7). Thus far, the KD has been implemented in many different counties. However, studies concerning its efficacy in China are still at an early stage of evaluation. Moreover, the KD is thought to have low toleration in children due to its unpalatable nature, especially for the Asia population, while its substantial antiepileptic effect remains to be confirmed (8).

Our study was conducted to carefully evaluate the efficacy and safety of the KD for children with refractory epilepsy in China and to provide detailed data on the potential factors influencing the therapeutic effect of KD therapy including age, etiology, and class of epilepsy.

We present the following article in accordance with the STROBE reporting checklist (available at http://dx.doi.org/10.21037/tp-20-219).

From May 2016 to February 2019, 147 children and adolescents of ages ranging from 4 months to 22 years with refractory epilepsy at Guangdong 999 Brain Hospital were included in this study. The inclusion criteria were subjects (2) diagnosed as refractory epilepsy according to the national guidelines developed by the China Association Against Epilepsy (CAAE) and (2) age >4 months. The subjects with known metabolic diseases or severe systemic illnesses were excluded. The study protocol was approved by the ethics committees of Guangdong 999 Brain Hospital. The study was conducted in accordance with the Declaration of Helsinki (as revised in 2013). As the study was retrospective, written informed consent from subjects was not required.

Before KD treatment, blood routine; urine routine; blood glucose; blood lipid; liver and kidney function; electrolyte; B-ultrasound of the liver, gallbladder, and spleen; electroencephalogram (EEG); and genetic metabolic screening of all subjects were acquired. Those with contraindications as discussed in subject enrollment were excluded.

KD treatment of subjects was initiated at hospital for 5 to 7 days. The initial ketogenic ratio (fat: carbohydrates plus protein) of most subjects was 2 to 1, while the others was 1 to 1 or 3 to 1. The recommended caloric intake was calculated according to the patient’s height, weight, and age by a dietitian. The calorie of the KD was 75% and 80% of the recommended caloric intake. The doctors and nurses detected the concentration of blood glucose and ketone, and closely monitored the patients for any acute adverse effects. At the same time, the dietitian explained to parents their critical role in the administration of KD and taught them how to prepare the KD for children and how to detect the concentration of blood glucose and ketone. The ketogenic nutritional powder of the KD was provided by Jiantong, Guangzhou Kinton FSMP Co., Ltd (Guangzhou City, Guangdong province, China).

When blood ketone achieved a stable level, subjects would continue to receive KD treatment at home and were brought back to hospital for disease assessment and laboratory tests such as blood routine, urine routine, liver and kidney function, blood lipids, urinary ultrasound, and EEG every 3 months until KD treatment was over. The antiepileptic drugs were unchanged for the first 3 months of the KD and adjusted according to children’s conditions afterwards.

The following data were collected: gender, age, duration of epilepsy, weight, etiology of epilepsy, epilepsy seizure type, and epilepsy type at the beginning of the KD.

We also collected data on weight at 6 months after the KD and side-effects in the treatment of KD.

Statistical analyses were conducted using SPSS 17.0 software for Windows. To evaluate the effect of age, duration of epilepsy, etiology, classification of epilepsy, and seizure syndromes on the efficacy of treatment, we divided the cohort according these variables and analyzed the efficacy of the KD for each group. Statistical evaluation was performed using Pearson’s Chi-square analysis. In all analyses, a P value less than 0.05 was considered statistically significant. 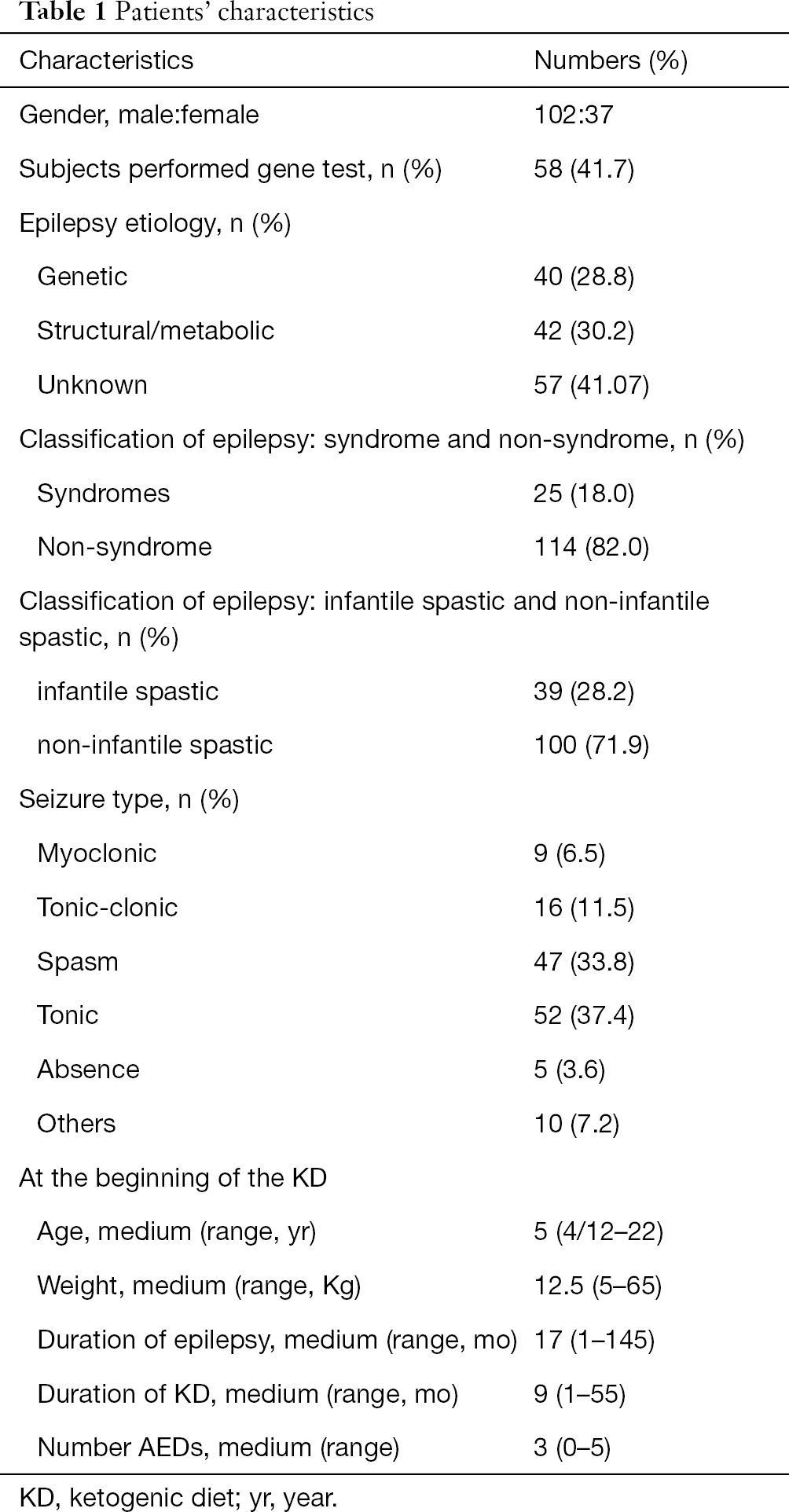 Table 2 Clinical outcome of KD after 1, 3, and 6 months
Full table

Table 3 Comparison of efficacy after 3 months of KD by different gender, age, or duration of epilepsy at the beginning of the KD (n, %)
Full table

Table 4 Comparison of efficacy of the KD by different etiology or classification of epilepsy (n, %)
Full table

Table 5 Comparison of efficacy of the KD by different seizure type of epilepsy (n, %)
Full table

A total of 31 subjects experienced side-effects, which included nausea, diarrhea, constipation, hypoglycemia, ketoacidosis, dyslipidemia, and gravel. We observed that the most common side-effect was anorexia with 17 subjects (12.2%), followed by diarrhea with 5 subjects (3.6%), and renal stones with 4 subjects (2.9%); other side-effects accounted for just 0.7% of total occurrences.

Since it was first adopted by Wilder in 1921, the KD has been used to treat refractory epilepsy for nearly 100 years (9), and has attracted widespread attention during this time. Retrospective, multicenter studies and randomized controlled trials have confirmed the effectiveness of the KD in the treatment of refractory epilepsy (10,11). During KD therapy, the main energy for the body comes from fat metabolism, and fatty acid β-oxidation becomes the main metabolic pathway of the body, causing systemic changes in metabolic products such as ketone bodies (12). However, the related factors affecting the efficacy of KD have not been determined in China. For this reason, this study evaluated the efficacy of KD in the treatment of refractory epilepsy and analyzed the effects of sex, treatment time, age, epileptic syndrome, and types of seizures on the efficacy, in order to guide the screening of children with KD and achieve accurate individualized treatment.

Furthermore, age, gender, and duration of epilepsy at the beginning of KD had no significant impact on KD efficacy, which was consistent with the results of most of the relevant studies. We also did not find a difference in KD efficacy between different etiologies or classifications of epilepsy or different seizure types of epilepsy. This may be due to the small sample size in each group. In our study, we also found that inappetence was the most common side-effect, following by diarrhea, and renal stones. We speculate that the adverse reactions of kidney stones may be caused by the absence of potassium citrate in the CK diet. Therefore, we should pay more attention to these side-effects in the course of treatment with KD. Other studies (13), however, reported no weight loss after KD treatment.

In conclusion, KD is effective in the treatment of refractory epilepsy. However, after 3 months of treatment, the effect will not significantly increase with the extension of treatment time. We further found that age, sex, etiology, type of epilepsy, and type of seizure had no significant effect on the efficacy. However, our study also has some limitations, such as its small sample size and its single-center, regression study design; thus, further large-sample–size, multicenter prospective studies are warranted.

Reporting Checklist: The authors have completed the STROBE reporting checklist. Available at http://dx.doi.org/10.21037/tp-20-219

Conflicts of Interest: All authors have completed the ICMJE uniform disclosure form (available at http://dx.doi.org/10.21037/tp-20-219). The authors have no conflicts of interest to declare.

Ethical Statement: The authors are accountable for all aspects of the work in ensuring that questions related to the accuracy or integrity of any part of the work are appropriately investigated and resolved. The study protocol was approved by the ethics committees of Guangdong 999 Brain Hospital (No. 2016-020-01). The study was conducted in accordance with the Declaration of Helsinki (as revised in 2013). As the study was retrospective, written informed consent from subjects was not required.