Clinical and genetic characteristics of two cases with Williams-Beuren syndrome

Williams-Beuren syndrome (WBS) is a rare multisystem developmental disease caused by a heterozygous deletion of 1.5 to 1.8 Mb on 7q11.23 (1). The syndrome was first described in 1961 and 1962 by Dr. Williams and Dr. Beuren, respectively, who reported cases of supravalvular aortic stenosis accompanied by characteristic facial features. This syndrome has an incidence of 1 in 7,500 to 1 in 20,000 live births (2). In 1993, genetic research identified the cause of WBS as being chromosome deletion of 7 q11.23 ranging from 1.5 to 1.8 Mbp and containing 26 to 28 genes. The mechanism of the gene deletions which lead to different clinical manifestations has remained unclear. The absence of heterozygosity in a series of adjacent genes located on the long arm of chromosome 7 is believed to be the genetic cause of WBS (3).

A female aged 2 years and 5 months old visited hospital after experiencing mental retardation for 2 years and hypercalcemia for 10 months (Figure 1). The patient had been born at a gestational age of 37 weeks with a body weight of 1,700 g, as the 2nd child of healthy parents. During the pregnancy, her mother had been diagnosed with diabetes. The patient’s 11-year-old brother had a history of epilepsy and attention deficit syndrome. At the age of 1 year and 8 months, the patient had presented at hospital with severe malnutrition, hypercalcemia, and abnormal liver function. Due to her short stature, the patient had received growth hormone therapy in Beijing Hospital when she was 2 years and 4 months old. During the past year, the patient had recurrent hypercalcemia, which had once been treated with calcium bisphosphonate. 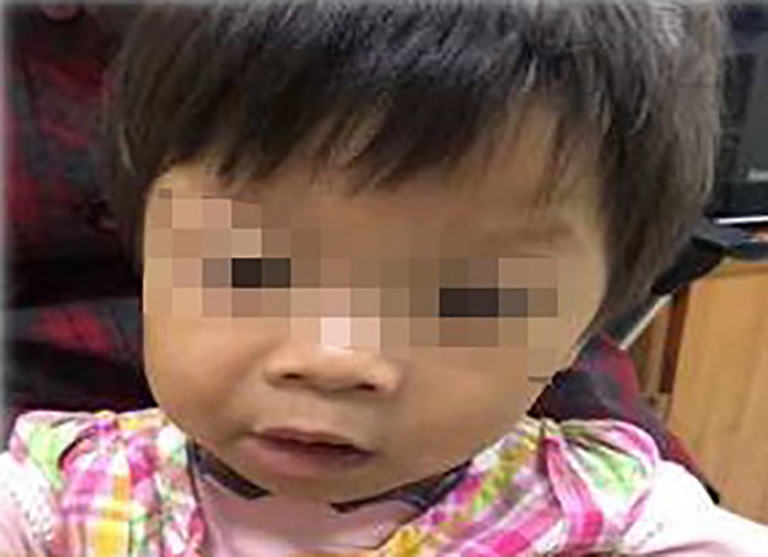 A boy aged 4 years and 11 months old, the 1st child of healthy parents, visited hospital having experienced mental retardation and convulsions for 2 years (Figure 2). He had been born at a gestational age of 39 weeks, weighing 2,500 g. 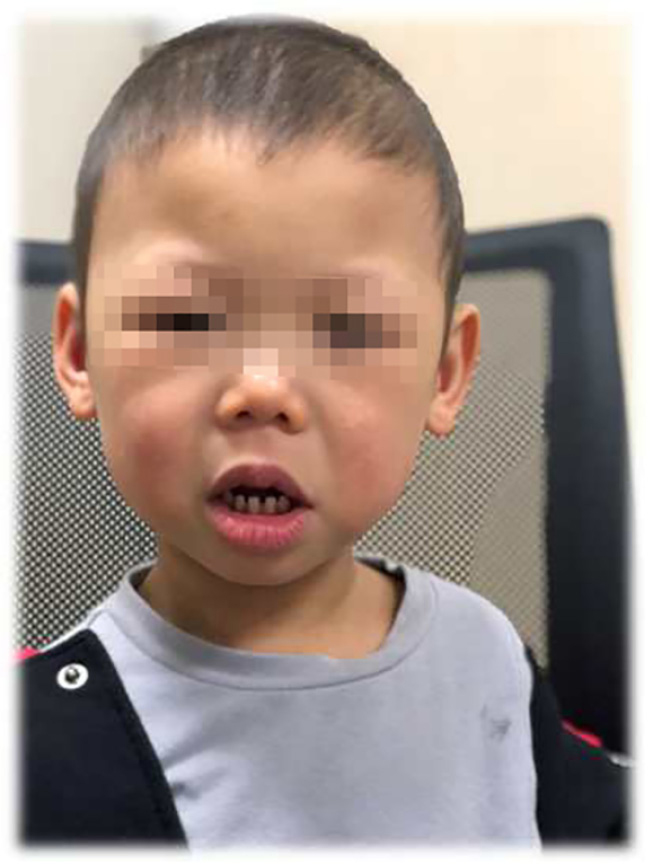 The patient was treated in West China Hospital of Sichuan University and Peking University First Hospital on October 2016. He was given adrenocorticotropic hormone therapy for 14 days, followed by prednisone for 2 months, which was gradually stopped. He was also given levetiracetam, sodium valproate, topiramate, and a ketogenic diet. However, the use of sodium valproate was stopped due to abnormal liver function, and the patient showed intolerance to the ketogenic diet. On April 2019, the patient experienced global tonic seizures and was subsequently treated with lamotrigine. No more seizures were reported in the half month prior to the writing of this case study.

WBS was first described as a triad of distinctive facial features, supravalvular aortic stenosis, and mental retardation (4). The 2 cases described above had characteristic facial features, mental retardation, and oblique inguinal hernia. One study has considered whether cardiovascular defects and connective tissue disorders (such as oblique inguinal hernia) in WBS result from either microdeletions or point mutations of the ELN gene (5). Furthermore, the GTF2I gene has been related to social communication and social anxiety in WBS (6), and deficiency of GTF2I has negative effects on neurocognition and behavior.

WBS is a multisystem developmental disease caused by a 1.55 to 1.83 Mb deletion at 7q11.23 including 26 to 28 genes. The mechanism of WBS is the rearrangement of low copy repeats within or between chromosome 7q11.23 region. Most patients with Williams syndrome have breakpoints in chromosomal regions that occur within duplicates (7,8). About 5% of patients have atypical deletions. Atypical deletions in Williams-Beuren syndrome patients often have severe cognitive retardation and seizures, including infantile spasms. There have some research revealed that the gene contained in the atypical deletion is the basis of infantile spasms in children with Williams syndrome (9,10).

Patients with WBS present with a variety of endocrine dysfunctions, such as postnatal growth retardation, precocious puberty, hypothyroidism, diabetes, thyroid disorders, and idiopathic hypercalcemia. If children with Williams-Beuren syndrome have endocrine abnormalities, a low-calcium diet, insulin, thyroxine, growth hormone or GnRH will be given when necessary (11). Approximately 15% of patients with WBS present with transient hypercalcemia, while 5% of patients may have severe conditions with renal medullary calcinosis (12). The BAZ1B gene has been observed to cause hypercalcemia in animal models (13); thus, the hypercalcemia described in case 1 may be related to the deletion of BAZ1B. Severe hypercalcemia may lead to adverse manifestations, which makes the early identification of hypercalcemia in patients especially important.

Approximately 70% of patients with WBS have supravalvular aortic stenosis. Other cardiovascular defects include aortic stenosis and pulmonary artery stenosis, ventricular or atrial septal defects, and myxomatous degeneration of aortic or mitral valve leaflets (14). Studies have shown that abnormal production of elastin in patients with WBS usually results in overgrowth of smooth muscle, which can cause vascular lesions in medium and large arteries. Haploinsufficiency of the ELN gene can cause cardiovascular anomalies. Neurological manifestations of WBS may be associated with a distal 7q11.23 deletion (15,16). Koch et al.’s research suggested that the MAGI2 gene may be involved in infantile spasm (17). In WBS cases, atypical deletion of WBSCR involving the HIP1 and YWHAG genes may result in a tendency toward the neurophenotype (18).

The patient in case 2 was found to harbor a 921.1 kb deletion on Yq11.23, which has not been reported in WBS before. This deletion was located in the AZFc region, which contains 3 OMIM genes: DAZ1, DAZ2, and DAZ3. AZF microdeletion is an important factor in male infertility with primary azoospermia and oligozoospermia (19). Foresta et al.’s research revealed that Y chromosome long-arm microdeletions were found in 6% of infertile men and most frequently involved the AZFc region (20). DAZ genes encode an RNA-binding protein which plays an important role in spermatogenesis (21). The male patient in this study has no abnormal external genitalia at present, but his sexual characteristics and hormonal changes will be monitored during follow-up.

The 2 cases described above had characteristic facial features, mental retardation, and oblique inguinal hernia. Patients with WBS should be regularly monitored for progressive vascular and stenosis through growth and development, blood pressure, and auditory, visual and cardiovascular evaluations. In clinical practice, if there are special abnormal findings, the focus should be on screening for atypical heart malformation. The rare cases we have described of deletions of the Yq11.23 region associated with WBS suggest the need for further investigations.

Funding: This work was supported by Sichuan Science and Technology Program (grant No. 2019JDPT0034).

Reporting Checklist: The authors have completed the CARE reporting checklist. Available at http://dx.doi.org/10.21037/tp-21-161

Conflicts of Interest: All authors have completed the ICMJE uniform disclosure form (available at http://dx.doi.org/10.21037/tp-21-161). The authors have no conflicts of interest to declare.

Ethical Statement: The authors are accountable for all aspects of the work in ensuring that questions related to the accuracy or integrity of any part of the work are appropriately investigated and resolved. All procedures performed in studies involving human participants were in accordance with the ethical standards of the institutional and/or national research committee(s) and with the Helsinki Declaration (as revised in 2013). Written informed consent was obtained from the patient.